I thought it might be interesting to chat today about why I’ve made a pretty big (but hopefully seamless) change in how I carry out work. I’ve been using Dropbox as a file-storage and backup system (indeed, all my important project files are live on my Dropbox for seamless syncing and backup) but I’ve been pretty limited by the 5Gb limit my Dropbox account has.

I’ve used Microsoft’s email service, Outlook.com, since before it was even Outlook; I finally switched to an ISP-agnostic email in 2009 with Live Hotmail – who remembers that? A bonus of this loyalty on the basis of having an account that long was that I qualified for an upgrade to the storage capacity of my email’s associated OneDrive (back when it was SkyDrive) to 25Gb.

25Gb… 5Gb… can you see the immediate comparisons?

But I have only recently made the step to move my writing projects to OneDrive. There was more behind my decision than just the voluminous amount of free cloud storage that I had been ignoring for the most part!

As part of my Creative Writing course at Kingston University I have been granted access to Microsoft’s Office 365 subscription service for free. Having used this for three years now I’m pretty much a convert to this way of getting Office – I get useful new features fairly regularly but the key feature for me is adaptability:

AutoSave in Word (and other Office programs, but Word is my mainstay) has changed how I work quite profoundly, and I’m now a lot more flexible in how I work as changes to documents are synced in real-time without any user intervention, so I can switch from my PC to my laptop to my iPad with so much ease the transition doesn’t even need thinking about. Dropbox, while very good with syncing, just doesn’t quite have the baked-in integration that allows total flexibility – I’d always need to hit Control + S and leave it a couple of seconds to sync. Even little things, like the syncing of my Recently Used document lists in the Word 2016 backstage view just give the impression of a tightly-integrated solution which saves on wasting valuable seconds. They add up! 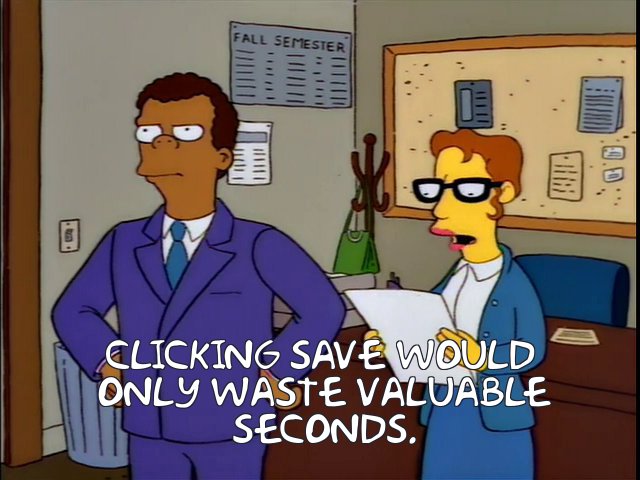 I’ve also found that the significant bump in available storage space allows me finally to back up my Camera Roll from my iPhone as iCloud has a similar, restrictive “free” storage allocation which isn’t really suitable for people who have owned an iPhone for a while, or have a high-capacity iPhone like I do (my current iPhone 6S is a 64Gb model as 5 years of a 16Gb iPhone 4S became… fun to say the least!). It’s a pretty seamless process – and being seamless is precisely why I’m enjoying the transition to OneDrive as it’s not as much “effort” as I was expecting!

Obviously this new-found convenience comes at some abstract cost – my privacy, arguably. There’s been stories about an update to Microsoft’s terms of service that on face value seem quite severe – swearing or profanity no longer “allowed in Office 365 documents”, but this isn’t something that concerns me deeply. I’d have to be a paid-up member of the tin-foil-hat brigade to buy into that being a valid and pertinent threat to myself on a personal level, and besides, Microsoft’s service is free and providing great convenience. The fear of “everything I upload being scanned” just seems a bit far-fetched, and with recent revelations about companies like Facebook and Google (the latter coming as no surprise) it’s almost to be expected. My data is gloriously uninteresting anyway.

At the moment I’ve just moved my critical writing folders to OneDrive and my camera roll but I’m evaluating at the moment, once the pressures of University work are over with, whether to migrate a lot more of my local documents and photos folders. Considering that a few years ago I was quite dead-set against the idea of “cloud syncing” (when I only used one computer at a time, and ferried USB drives everywhere, which are risky if lost) but I’ve totally turned a corner. Certainly when my University-provided Office 365 expires I will be looking to buy my own plan (it’s not unaffordable; around £80 a year or so) for my future endeavours. That bump from an already capacious 25Gb to 1Tb would alleviate my storage frugality concerns too!

Overall though, I’m pleasantly happy with the OneDrive experience as it fits into my workflow even better than Dropbox did – and I had no real issues with Dropbox’s integration! But the very tight fit that OneDrive provides to the other Microsoft products I use – Office and Windows – and their recent embracing of alternate mobile platforms after seeing the light that Windows Phone was doomed to irrelevance means that it provides an even-tighter integration for my workflow and, ultimately, a more productive me. And that’s all good!

Sometimes with an extensive media collection on my PC it can be hard to immerse into a good viewing session. With the allure of Facebook, Twitter, games and, heck, even getting comfortable in an office chair against a desk, sometimes the experience is a little lacking from the human perspective. 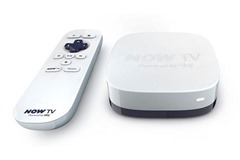 I recently acquired a nice little television that I could place in a more comfortable position – nearer to my bed. I’ve no intention of connecting this set to broadcast TV and intended to use it purely to access both content on demand on the web and on my local PC via my home network.

The NowTV box has proved a perfect accompaniment to the TV to allow it to perform the functions I want.

The box is essentially a pared-down Roku streaming box with built in WiFi and a more curated “channel store”. I’d have liked to see Ethernet as an option (though the WiFi has been very good) but as a subsidised device, the idea is to hook into Sky’s supported services.

It’s incredibly easy to set up: plug the power and HDMI in and it’s ready to go. There’s the slight hassle of not being able to use the box without a NowTV account (which requires submitting card details for a presumed payment after a trial period for one of Sky’s packages) which is a one-off annoyance, and considering the box’s £10 cost – including shipping- is tolerable. The box functions fine too once the subscription is cancelled before the first payment; it’s just remembering to do it!

Web content works really well, with the default selection of “channels” (ie: apps) a great start. All the major UK broadcasters are represented, with a few Sky-promoted ones too. I did note that the Sky channels could not be “deleted”, though again, as a subsidised box, it’s to be expected. I added the TWiT.tv and YouTube channels from the curated “channel store”

A notable success for me has been the YouTube TV app which has the almost-magical feature of allowing pairing to a mobile device or computer; this then allows content to be “pushed” to the TV with the computer or mobile device acting as a remote control. I’d never been that happy with the YouTube performance on iOS (lack of background audio for one) so this is a really great feature and alone makes the NowTV box a worthwhile investment. And I’ve not even started on local content! 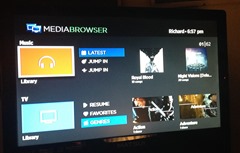 I’ve been a big fan of DLNA streaming across my home network – that is, using the DLNA standard to pull media from my PC sitting in my room to compatible devices such as the living room TV. It’s a seamless and pretty great experience, especially as everything I own supports it out of the box. Local streaming was a main part of wanting the Now TV box, though the setup was somewhat less intuitive than with the bundled apps.

There is no pure DLNA client for the NowTV that I can find, which annoyed me initially as it’s supposedly an industry standard, though unlikely to be officially supported as it does not correlate with Sky’s plans for the device. I researched two options for apps that I could side-load somewhat-officially onto my NowTV – Plex and MediaBrowser. I was originally annoyed that both of these apps required a companion app on my local PC to fling media across the network. Why duplicate Windows 7’s excellent streaming functionality? I relented and gave Plex a go, though the insistence that I eventually sign up and give them money quickly brought MediaBrowser to my attention.

MediaBrowser has, to its credit, performed flawlessly. I was able to “hide” the MediaBrowser server to prevent duplication to other devices that support vanilla DLNA, alleviating my first concern, and the library functions are surprisingly powerful, pulling down all sorts of interesting and useful metadata to go with my collections.

I could’ve easily bought a Chromecast for pretty much identical functionality but I didn’t for a number of reasons: the NowTV was cheaper, had confirmed media streaming apps in the form of Plex or MediaBrower (I couldn’t find any confirmed ones for Chromecast) and, as a surprisingly important factor, the NowTV included a physical remote; I didn’t fancy using my iPhone as a remote control as, again, it’s another app to install. I prefer things to be as simple as possible and in this instance, another little bit of plastic is fine.

Overall though I’m thrilled with the box as it performs perfectly. It’s silent, and responsive and is a great enhancement to the previously “dumb” TV I had acquired and is a perfect companion to internet or network-based viewing!