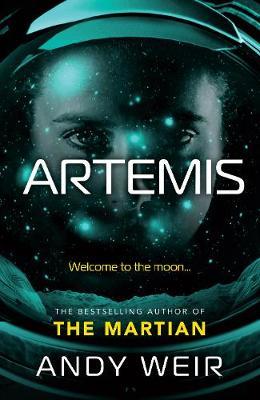 Memorably a few years ago I had the pleasure to read Andy Weir’s excellent space-based thriller The Martian, which received a glowing review from myself. The Martian was accessible on account of its relatable protagonist Mark Watney but highly-plausible in terms of the science behind i t – Weir clearly had a keen affinity for space exploration, so the suspension of disbelief to think the events of The Martian could really happen wasn’t stretching into fantasy. It’s a quality I adore in science-fiction technothrillers and Weir’s ability to weave a great, engaging story in some hard science is comparable only to one author I can currently think of: Michael Crichton, whose Jurassic Park I adore as one of my favourite books ever.

Previously to The Martian I’d read the excellent Ready Player One. It received a similarly positive review. However, quite notably… its sequel Armada was a lot less finessed. I remember quite clearly feeling that Armada was the same but not quite as good… not by a long way.

Therefore, approaching Artemis I entered with caution, with the disappointment of Armada keenly felt.

However, Artemis is no Armada.

With Artemis, Weir takes his winning formula – the relatable, easy-going protagonist who’s easy to follow with some fantastically realised extrapolation of science that seems to exist just thirty minutes into the contemporary future – and iterates it well.

The protagonist in Artemis, Jazz Bashara, takes a lot of hints from Mark Watney in The Martian. She’s a not-too-serious, feisty (ugh, what word) denizen of the lunar city of Artemis. She is, essentially, still Watney at her core. The character takes so many hints from Watney that it’s hard not to compare – the fact that Jazz is a young non-practising Muslim woman seems incidental.

Now that might sound like the character is flawed and badly developed, and that Weir only has “one” mould for a protagonist once you strip away the embellishments. That’s partly true but Watney’s personality – and Artemis does reference this so it’s at least somewhat self-aware – is the main driving force behind The Martian and we grow to like the protagonist, some cringey, Dad-joke worthy phrases aside.

The plot too, on paper, looks formulaic, but it’s the rich description of both the city of Artemis and how it works that sells it as a location. We quickly get a sense of the divisions within Artemis, between the rich and poor that exists in most cities. But the action is deftly described, with a clear path of incident throughout, each act raising the stakes, with obstacles that even the most assiduous protagonist simply cannot counter in the time allowed.

Ultimately, too, Artemis seems to be a polemic, hinted at, about how human society adapts to reaching beyond terra firma, and the importance of knowing one’s place in history. The plot becomes more monumental the further down the story we go – we move from a heist and corporate subterfuge to a critique of protectionism and the realisation that events here and now can shape the kind of society that Artemis, as a frontier town of old, in the barren landscape of new, will become. What seems like a business opportunity seems bound to set the stage for the next chapter in society’s development.

That’s not me over-egging it. I got a lot from Artemis, and it’s a fully-encapsulated story. It might be cliched at points, with some Dad-trying-to-be-cool-esque prose that seems a little awkward… but this is not a fatal error. These turns of phrase, while clunky, yes, are little noticeable but hardly catastrophic. If anything, they add to the epistolary hinting toward the narrative structure, in that Jazz is telling us the story in the truest sense. Yes Artemis is trope-laden, but that’s not to its detriment as an enjoyable thriller. The setting adds challenge and isn’t just a backdrop.

Ultimately if you go into it expecting anything more you’ll be disappointed. The allegory and political point-making I alluded to is kept at arm’s length to the core story, as it rightly should be. Artemis is a fantastic follow-up for The Martian, neither a sequel or a prequel but more a companion on one’s shelf, and iterates in generous form on the winning formula of that book.